Originally from West Yorkshire, Amy lives and works in London, a graduate of the School of Material, RCA 2010 and founding member of East London multi-disciplinary art and design studio, Manifold.

Hughes has worked and exhibited internationally, including high profile shows ‘Collect’ with the Crafts Council with Vessel Gallery and Cynthia Corbett Gallery, at the Victoria & Albert Museum as part of London Design Festival, whilst also presenting her first solo show at Croome Court part of the National Trust, funded by Arts Council England. Most recently she was selected as one of 5 commissioned Artists to work on the Leach 100 with The Leach Pottery St Ives, part of centenary celebrations looking at the past, the present and the future of studio pottery. In 2015 she was selected as one of eleven artists for AWARD as part of the British Ceramics Biennial and chosen to take part in the first ‘Future Heritage’ showcase at Decorex 2014.

Amy has been nominated for several major awards, including in 2016, being selected for the prestigious Perrier-Jouet Arts Salon Prize by Barney Hare Duke. In 2015, I was chosen for the inaugural Young Masters Maylis Grand Ceramics Prize for artists who show an ‘exceptional command of ceramics’ and in 2014 asked to represent the UK in ‘New Talent’ at the European Ceramic Context by Felicity Aylieff.

She has held residencies at Konstfack School, Stockholm and was the successful applicant for the first ‘Ceramics & Industry’ residency at the V & A Museum working in collaboration with 1882Ltd. The resulting piece ‘Tryst’ being acquired by the Museum and put into limited edition production. Her work is shown at several London galleries and is held in private collections.

Hughes is primarily a hand builder enjoying exploring form and decoration and establishing dialogues between the two. She works in both the 2D and the 3D and one often informs the other. She has a fascination with vases, largely fuelled by the 18th century, resulting in collections which aim to bridge the gap between the past and the present, finding a new home in contemporary culture for such objects, whilst paying homage to and referencing the originals. Learning from the past; skills used and traditions taught, is fundamental to her as a practitioner today, striving to develop as a maker, achieving an in depth, personal command of her medium, whilst always working with an awareness of the heritage of her craft. 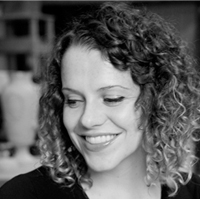